Not All Who Wander Are Lost

Travel the world, one trip at a time

Welcome to the 2018 Olympic Winter Games in PyeongChang, South Korea. Welcome to the part of the world I lived in for three years and wish I’d be there, especially right now, to drive up and see it for myself.

I am actually somewhat excited to see what is happening in the games and have to say “go Germany!!” First of all because, I am German, as Y’all know by now, and secondly cause the Winter Games are bringing up memories of me and my dad sitting in front of that TV, watching the ski jump which, coincidentally, is on right now as well while I am typing this, and I personally think those Games are more fun to watch than the Summer ones.

I don’t know how much Americans are actually into these sort of things to be honest but, in case you are or in case you’d like to know a bit more info on the 2018 games I have been looking a bit deeper.

92 nations, 15 sports, 16 days – the South Korean city of Pyeongchang is hosting the 2018 Winter Olympics.
We have nearly 3000 athletes competing, a new record. In the first edition, held in Chamonix in 1924 only 12 nations took part
The close proximity of venues was one of the key reasons why Pyeongchang won out. Centred around two main sites – one for outdoor and the other for indoor events – Pyeongchang has 13 competition venues, six of which are new.

Also very interesting when one thinks about North Korea:
Pyeongchang also looks to be set to be politically significant after North Korea decided, at the last minute, to send 22 athletes to the Games. In addition, the two Koreas announced that they will compete under the same flag in the women’s ice hockey. 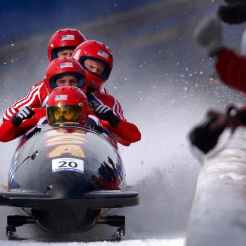 This site uses Akismet to reduce spam. Learn how your comment data is processed.

My journey around the world

Avid adventurer, travel blogger, and experience seeker. Starting each morning with a desire to see the world through a different lens.